Public is much more responsive to examples than to statistics and
science. Scientists, Kahneman feels, “have their own religion
of science,” but it does not carry over to the public. “There is a limit to the reasonable scientific argument
with the public. The disenchanted will not respond to scientific arguments. There is no sense
fighting an argument that you cannot win.”

At the time of decision making, the decision is influenced by the path; as a function of

opportunity and other situational factors,

and rationality (goal seeking and reason).

The amount of influence of each parameter varies depending to the historical path the decision maker has passed and the situation.

A decision may be made in a spectrum from very unconsciously with emotion and based on habits with little rationality to very conscious, non-emotional, against habits, and very rational (considering the situation, for the goal).

Distributive justice, also known as economic justice, is about fairness in what people receive, from goods to attention.

The principle of fairness is also found in the idea of fair play (as opposed to the fair share of distributive justice).

If people believe that a fair process was used in deciding what it to be distributed, then they may well accept an imbalance in what they receive in comparison to others. If they see both procedural and distributive injustice, they will likely seek restorative and/or retributive justice.

The first thing that the betrayed person may seek from the betrayer is some form of restitution, putting things back as they should be.

The simplest form of restitution is a straightforward apology. Restoration means putting things back as they were, so it may include some act of contrition to demonstrate one is truly sorry. This may include action and even extra payment to the offended party.

Retributive justice works on the principle of punishment, although what constitutes fair and proportional punishment is widely debated. While the intent may be to dissuade the perpetrator or others from future wrong-doing, the re-offending rate of many criminals indicates the limited success of this approach.

Punishment in practice is more about the satisfaction of victims and those who care about them. This strays into the realm of revenge, which can be many times more severe than reparation as the hurt party seeks to make the other person suffer in return. In such cases ‘justice’ is typically defined emotionally rather that with intent for fairness or prevention.

These citizens have the capacity to abide by fair terms of cooperation, even at the expense of their own interests, provided that others are also willing to do so. In justice as fairness Rawls calls this the capacity for a sense of justice. Citizens are also conceived as rational: they have the capacity to pursue and revise their own view of what is valuable in human life. Rawls calls this the capacity for a conception of the good. Together these underlying capacities are the two moral powers. The use of political power must fulfill a criterion of reciprocity: citizens must believe that all citizens can accept the enforcement of a particular set of basic laws. Those coerced by law must be able to endorse the society’s fundamental political arrangements freely, not because they are dominated or manipulated or kept uninformed. Citizens should not attempt to impose what they see as the whole truth on others—political power must be used in ways that all citizens may be expected to endorse.

With his doctrine of public reason, Rawls extends this requirement of reciprocity to apply directly to how citizens explain their political decisions to one another. In essence, public reason requires citizens to be able to justify their political decisions to one another using publicly available values and standards. Overlapping consensus is not necessarily achievable in every liberal society, or that once established one will always endure. Citizens in some societies may have too little in common to converge on a liberal political conception of justice, and in other societies unreasonable doctrines may spread until they overwhelm liberal institutions.

However, history shows both deepening trust and convergence in beliefs among citizens in some liberal societies, which proves that an overlapping consensus can be possible. And he claims that where an overlapping consensus is possible, it is the best support for social stability that a free society can hope to attain. Principles of Justice would be chosen by parties in the original position. This is a thought experiment in which the parties select principles that will determine the basic structure of the society they will live in. This choice is made from behind a veil of ignorance, which would deprive participants of information about their particular characteristics: his or her ethnicity, social status, gender and, crucially, their conception of The Good. This forces participants to select principles impartially and rationally.

-Inequalities in the distribution of goods are fair only if those inequalities benefit the worst-off members of society.

A determination arrived at after consideration, Webster A conclusion or resolution reached after consideration, Oxford A determination purely based on emotion would be an instinctual response to stimuli. Fundamental goals (what ought to be done) are expected to be instinctual or cultural. Strategies that should be rational for optimality are better to be decisions than instinctual responses. 90% of our determinations are instinctual, that is why modern advertisement and PR focuses on feelings rather than specification. It consumes energy to persuade people to consent to what is not instinctual (injustice and cruelty). It is easy to persuade people to consent to what is instinctual, defensive response to fear. (Amirhassan, 26 Aug 2013)

1-Reason must be symmetrically applicable, impartial and consistent . (reasonable thinking is principled thinking) p is a reason for q only if some principle r renders p a reason for q and would equality render p’ for q’ if p and p’ and q and q’ are relevantly similar. (Siegel, 1988, p.22-25) 2-Reason is a term that refers to the capacity human beings to make sense of things, to establish and verify facts, and to change or justify practices, institutions, and beliefs. Reason is closely identified with the ability to self-consciously change beliefs, attitudes, traditions, and institutions, and therefore with the capacity for freedom and self-determination http://en.wikipedia.org/wiki/Reason#cite_note-0 Reason is a statement offered in explanation or justification http://www.merriam-webster.com/dictionary/reason   Reasening can be:

Falacy is an arguments that seems to be plausible using false or invalid inference. Fallacy can be formal or verbal. http://en.wikipedia.org/wiki/Fallacy ———————————————-

Rationality is the exercise of reason It refers to the conformity of one’s beliefs with one’s reasons to believe, or with one’s actions with one’s reasons for action. A rational decision is one that is not just reasoned, but is also optimal for achieving a goal or solving a problem. http://en.wikipedia.org/wiki/Rationalit Weber described four categories of behavioral constructs in front of each I will mention the achievement sought : http://en.wikipedia.org/wiki/Ideal_type goal-rationality, to achieve a goal value-rationality, to achieve a value emotional-rationality, to achieve a emotional state and traditional (custom, unconscious habit) to conform with a culture Which I understand are related to what is being achieved by the person. It seems to me that one behavior may achieve one or many of these ends. It is instrumentally necessary for a rational thinker to be a critical thinker. Not only critical to propositions and arguments  she is exposed to but, one step further, critical to the process of her rationality. the reasonableness of her beliefs and actions Because she wants to be optimal. It is fundamentally necessary for everyone be a strong critical thinker and apply critical thinking to ideals and goals. Because it is possible to be pursuing unreasonable goals, or neglecting the possible relativity in construction process of goals and ideals? C={Critical thinkers=Skeptics moved by reason},  R={rationals}, r={reasonables}, S={Skeptics} Every R must be r Every C must S Every R must be C   A skeptic can be moved by emotion or remain not responsive to reason. A critical thinker is a skeptic that is moved by reason. in my opinion a critical thinker may be irrational because she can be not optimal. A critical thinker must have the humility which is necessary for to the acceptance of the possibility the one may be in error. (Siegel, 1988, p. 40) A critical thinker must be autonomous and free to judge and act independently of external constraints based on her own appraisal of matter. (Siegel, 1988, p. 54). Critical thinker can easily be against status quo. Promoting the skepticism essential to critical thinking can have destabilizing effect on current social systems. In the current open system world, it is not obvious what external effects may threaten a society in transition from indoctrinated citizens to critical thinkers. It is on the shoulders of thinkers to suggest a realistic path through which such a movement would accelerate and not suppressed to a lesser state. For the processor of critical attitude , nothing is immune from criticism, not even one’s most deeply-held convictions. The critical thinker must be in love with reason. Two persons can have different actions and both be rational because their beliefs are different. But if we want to recursively apply the critical thinking to ideals and goals, which we should if we think critically, the probability of individual’s success will be less. I believe, it is more practical, possible and probable to expect a group of enlightened truth seeking people in dialog to implement a comprehensive recursive critical thinking than a person.

“A critical thinker is who is appropriately moved by reasons” (Siegel, 1988, p.2) 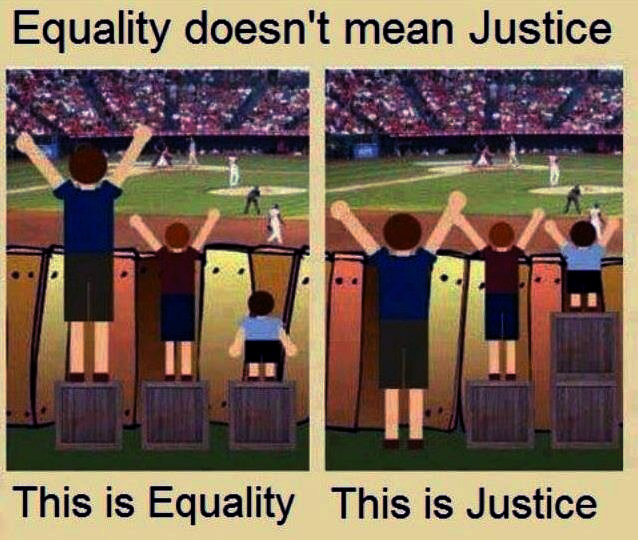 As a liberal citizen seeking to justify a moral demand on Betty, then, Alf must be able to distinguish between his personal or private reasons from public reasons – considerations that are reasons for others as well as for him. The former are reasons that flow from his values, ends and plans; though they may well be central to Alf’s way of living and his character, he must acknowledge that no matter how important they are to him, they are not in themselves reasons for Betty. Public reasons, in contrast, are considerations that are not only verified from Alf’s perspective, but from Betty’s as well.

As it turns out then, political liberalism as propounded by Rawls is certainly more qualified than simple tolerance of all conceivable views of the good (as might be inferred from some political theorists when they are not being careful), and it is also more qualified than the view that you yourself need to have good enough reasons for voting, lobbying and deciding as you do on social and political matters. What it seeks to do is erect a public language, a limited common basis for political interaction. If you want to endorse public policy or principles, you must be prepared to offer reasons that other people –all other people actually, would consider rational, or you must withhold your advocacy of that policy.

An effective decision-making process:
It focuses on what’s important.
It is logical and consistent.
-It acknowledges both subjective and objective factors and blends analytical with intuitive
thinking.
-It requires only as much information and analysis as is necessary to resolve a particular
dilemma.
· It encourages and guides the gathering of relevant information and informed opinion.

(Perform Steps 1 through 4 for each option.)
Step 1: List all the Pros.
Step 2: List all the Cons.
Step 3: Review and consolidate the Cons, merging and eliminating.
Step 4: Neutralize as many Cons as possible.
Step 5: Compare the Pros and unalterable Cons for all options.
Step 6: Pick one option.