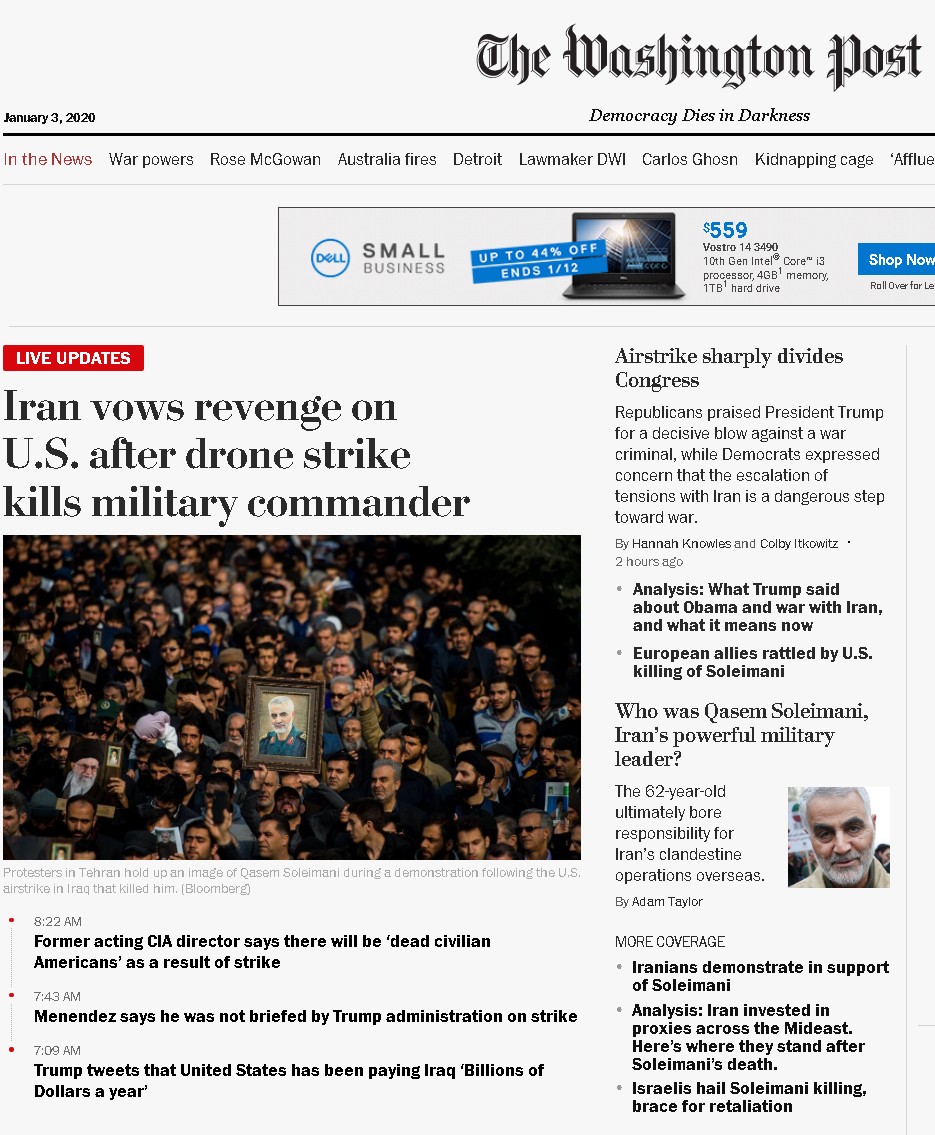 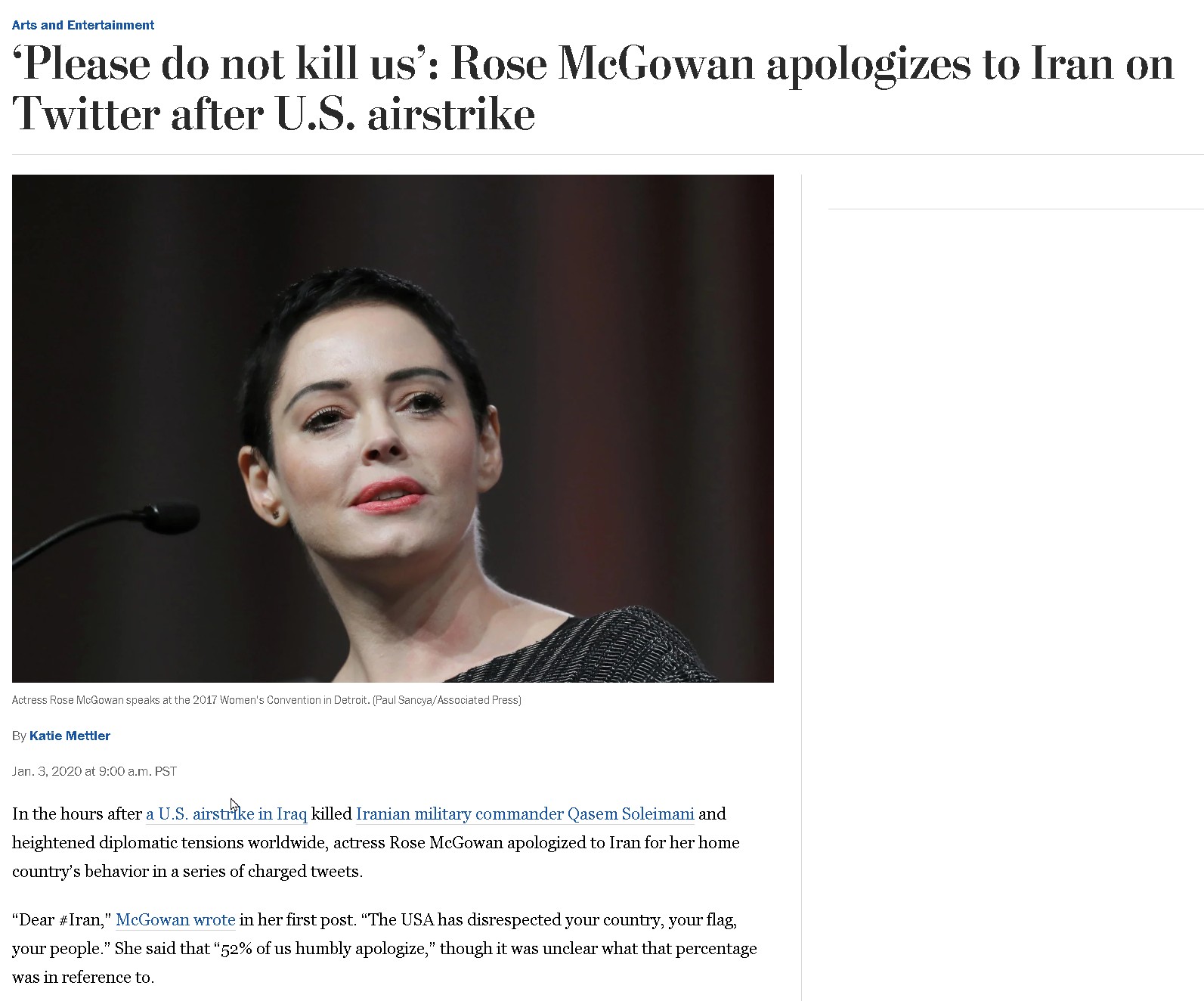 “Some countries have started panicking after we began the repatriation process of foreign Daesh terrorists. Turkey has been worrying about this issue for years, let others worry now,” He added, “The American Daesh terrorists stranded in the buffer zone on Greece border is none of Turkey’s concern, deportations will continue regardless.”

The Turkish Interior Minister, Süleyman Soylu, said last week that Ankara would start sending ISIS terrorists back to their country of origin even if they had been stripped of their citizenship, adding that Turkey was not a ‘hotel’ for foreign jihadists.

“There is no need to try to escape from it; we will send them back to you. Deal with them how you want,” said Soylu. 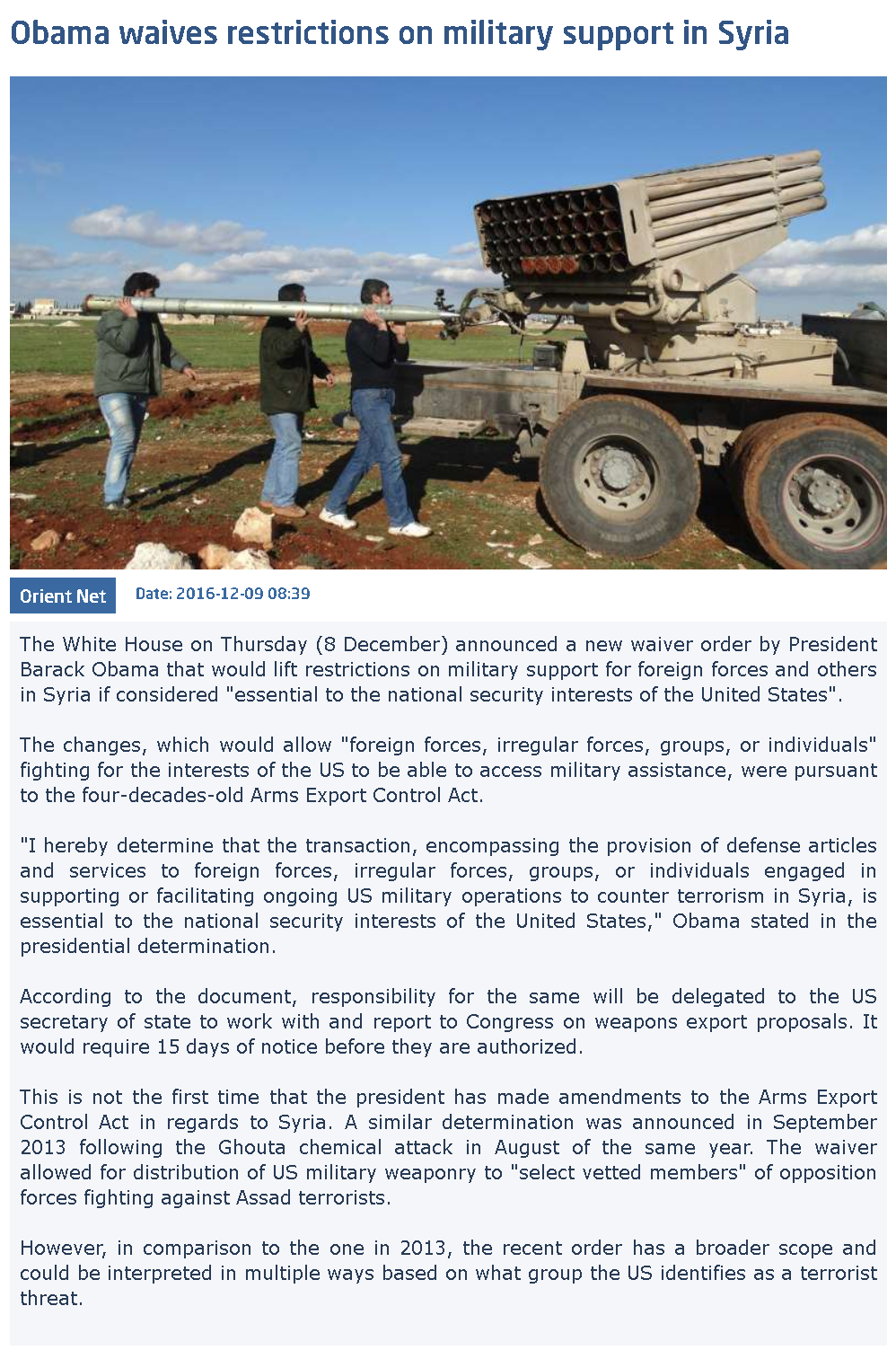 SUBJECT: Presidential Determination and Waiver Pursuant to Section 2249a of Title 10, United States Code, and Sections 40 and 40A of the Arms Export Control Act to Support U.S. Special Operations to Combat Terrorism in Syria

The Secretary of Defense is authorized and directed to publish this determination in the Federal Register.

The emerging technology has been deployed around the world in several countries for the past ten years and has proven to be cost effective, environmentally beneficial and a better quality than typical alternatives.

The Province Mai-Ndombe will be one of the first regions of Sub-Saharan Africa to use this disruptive technology. “We are very excited to proceed with AusNanotech. Not only have they brought to us a product that is environmentally superior, they exceed required standards and for a better price,” said His Excellency Mr. Paul Mputu Boleilanga, the Province’s Governor, adding “Additionally the company has shown a tenacity to our country and a dedication to conduct business that benefits the citizens of my Province and the DRC, which is refreshing.”

AusNanotech is in discussions with several African countries regarding the appropriateness of a solution that offers environmental advantages, cost savings and performance characteristics that are advantageous.

Barbara Barrett, 68, served as the U.S. ambassador to Finland from 2008 to 2009 under the George W. Bush administration. She also chaired an aeronautics research and development center, The Aerospace Corporation, until 2017. A former lawyer and test pilot, Barrett is also a board member at the Rand Corporation, a think tank that provides research and analysis to the U.S. armed forces. She and her husband Craig, the former CEO of American technology giant Intel, are major Republican donors. Barrett ran for governor of Arizona on the Republican Party ticket in 1994, the first woman to do so, but … END_OF_DOCUMENT_TOKEN_TO_BE_REPLACED 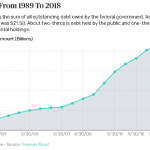 https://www.state.gov/secretary/remarks/2019/04/291144.htm The second piece of that has been to identify the other great threat, which is the Islamic Republic of Iran, which remains the largest sponsor of terror, who has supported Lebanese Hizballah, has supported Hizballah’s actions in Syria. The Shia militias under the stranglehold of the ayatollah who are working in Iraq aren’t working for the best interests of the Iraqi people. You see what’s happened in Yemen – an enormous – an enormous humanitarian crisis. The UN did good work in Stockholm to reach an agreement, but the Iranians won’t let the Houthis actually implement the Stockholm agreement. … END_OF_DOCUMENT_TOKEN_TO_BE_REPLACED

Robert Fisk: I bet they’re not. For I don’t think either Nato or the EU has the slightest interest in chasing the provenance of weapons in the hands of Islamist fighters in Syria or anywhere else in the Middle East – certainly not in the case of Damascus, where the west has just given up its attempt to unseat Assad. Indeed, in a political landscape where “regime change” has become a moral, ethical objective, there can be no moral, ethical investigation of just how the merchants of death (the makers) manage to supply the purveyors of death (the killers) with … END_OF_DOCUMENT_TOKEN_TO_BE_REPLACED

This is what you see when you subscribe to both channels. … END_OF_DOCUMENT_TOKEN_TO_BE_REPLACED

Well before Russia’s military came to Bashar Assad’s aid in Syria, the Obama administration calculated that the Islamic State’s expansion in the region would force the Syrian president into negotiation http://www.washingtontimes.com/news/2017/jan/10/obama-hoped-to-use-isis-as-leverage-against-assad-/ … END_OF_DOCUMENT_TOKEN_TO_BE_REPLACED

We Will Never Serve in the Military of a Country Forbidden by the Torah – the State of Israel. https://www.israelversusjudaism.org/?lightbox=dataItem-j4q49uu7 … END_OF_DOCUMENT_TOKEN_TO_BE_REPLACED

Written by Ron Paul Monday June 12, 2017 Just when you thought our Syria policy could not get any worse, last week it did. The US military twice attacked Syrian government forces from a military base it illegally occupies inside Syria. According to the Pentagon, the attacks on Syrian government-backed forces were “defensive” because the Syrian fighters were approaching a US self-declared “de-confliction” zone inside Syria. The Syrian forces were pursuing ISIS in the area, but the US attacked anyway. The US is training yet another rebel group fighting from that base, located near the border of Iraq at … END_OF_DOCUMENT_TOKEN_TO_BE_REPLACED 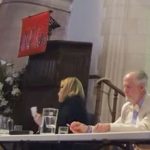 Nicholas Wilson: “One of the first things that happened was: her husband’s company – Global Capital – did a deal with HSBC in Hong Kong (business deal) and then she was in Saudi Arabia , in April of this year, selling arms for BAE Systems after doing another deal for HSBC – Saudi Arabia are doing a share sale of their national oil reserves – HSBC have got the job because Teresa May went there. Saudi Arabia are the country responsible for I.S. and they support I.S. . We supply arms to Saudi Arabia through …. Soft on crime , … END_OF_DOCUMENT_TOKEN_TO_BE_REPLACED

https://en.wikipedia.org/wiki/Spy_Cables http://www.aljazeera.com/investigations/documents.html Specific revelations The Israeli intelligence agency Mossad contradicted the Prime minister of Israel, Benjamin Netanyahu’s assertion that Iran was a year away from making a nuclear weapon. A report written by Mossad said that Iran was “not performing the activity necessary to produce weapons”. The United States’s Central Intelligence Agency tried to contact Hamas even though they were banned from doing so. The leader of the environmental group Greenpeace was targeted by South Korean intelligence agencies. The President of the United States, Barack Obama “threatened” the Palestinian president to withdraw Palestine’s attempt for recognition at the United Nations. … END_OF_DOCUMENT_TOKEN_TO_BE_REPLACED 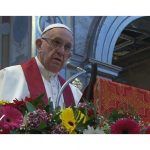 URL: https://www.youtube.com/watch?v=j01E79451ew Pope Francis compares refugee camps to concentration camps – Daily Mail ROME (CNS) — The Christian church today needs believers who witness each day to the power of God’s love, but it also needs the heroic witness of those who stand up to hatred even when it means giving up their lives, Pope Francis said. At Rome’s Basilica of St. Bartholomew, a shrine to modern martyrs, Pope Francis presided over an evening prayer service April 22, honoring Christians killed under Nazism, communism, dictatorships and terrorism. “These teach us that with the force of love and with meekness one … END_OF_DOCUMENT_TOKEN_TO_BE_REPLACED

April 2016 Sanders, a U.S. senator from Vermont, said during an MSNBC town hall: “I think what the president is talking about is having American troops training Muslim troops, helping to supply the military equipment they need, and I do support that effort.”   … END_OF_DOCUMENT_TOKEN_TO_BE_REPLACED

Aliyev’s critics say the September referendum – which also extended the presidential term from five to seven years — effectively guaranteed a dynastic rule. In 2003, Aliyev succeeded his father, who had ruled Azerbaijan first as head of the Communist Party and then as a post-Soviet president for the greater part of three decades. Aliyev has firmly allied the energy-rich Shiite Muslim nation with the West, helping secure his country’s energy and security interests and offset Russia’s influence in the strategic Caspian Sea region. http://nypost.com/2017/02/21/azerbaijans-leader-names-his-wife-as-first-vice-president/ … END_OF_DOCUMENT_TOKEN_TO_BE_REPLACED 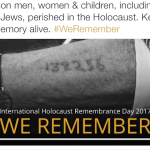 Fox News Bill O’Reilly is more radical than the president in all counts. Tries to corner him and force him to say provocative things, promise impossible things and radical actions. The president refuses as much as he can. … END_OF_DOCUMENT_TOKEN_TO_BE_REPLACED

“Some people give us advice. They say they are worried. Mind your own business! Look at your own actions, “ Not one senior Western politicians have visited since the failed military coup two weeks ago, Turkey, to express his sympathy. And then they say ‘Erdogan has become so angry,’ “These countries and leaders who do not worry about the Turkish democracy, the lives of our people and their future, while they are concerned about the fate of the coup, can not be our friends. Recep Tayyip Erdoğan 2016-07-30 https://www.theguardian.com/world/2016/jul/29/turkey-drops-cases-of-insult-against-president-in-coup-aftermath https://www.washingtonpost.com/world/middle_east/21-journalists-appear-in-court-in-turkey/2016/07/29/c044cd2c-5569-11e6-b652-315ae5d4d4dd_story.html … END_OF_DOCUMENT_TOKEN_TO_BE_REPLACED 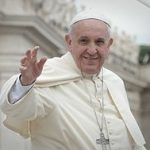 “The word that is being repeated often is insecurity, but the real word is war,” “Let’s recognize it. The world is in a state of war in bits and pieces,”

“It is not very organic (structured) but it is organized, it is war.  This saintly priest, killed right at the moment when he was offering prayers for peace.  He is one (victim), but how many Christians, how many innocent people, how many children… Let’s think about Nigeria, for example.  We say, well, that is Africa!  It’s war.  We’re not frightened to tell the truth, the world is at war because it has lost (sight) of peace.”

“This is serious. Some powerful people make their living with the production of arms and sell them to one country for them to use against another country … It’s the industry of death, the greed that harms us all, the desire to have more money.”

“The economic system orbits around money and not men, women. …

“So war is waged in order to defend money.

This is why some people don’t want peace: They make more money from war, although wars make money but lose lives, health, education.”

“A war can be justified, so to speak, with many, many reasons, but when all the world is as it is today, at war — piecemeal though that war may be — a little here, a little there and everywhere, there is no justification. And God weeps. Jesus weeps.”

“Being at the service of dialogue and peace also means being truly determined to minimize and, in the long term, to end the many armed conflicts throughout our world. Here we have to ask ourselves: Why are deadly weapons being sold to those who plan to inflict untold suffering on individuals and society? Sadly, the answer, as we all know, is simply for money: money that is drenched in blood, often innocent blood. In the face of this shameful and culpable silence, it is our duty to confront the problem and to stop the arms trade. Thursday, 24 September 2015 … END_OF_DOCUMENT_TOKEN_TO_BE_REPLACED

During Yemen’s 2011 revolution General Hadi was “expected to form a national unity government and also call for early presidential elections within 90 days”. He was the sole candidate in the presidential election that was held on 21 February 2012. (Yemen Ecology, Nature Protection Laws and Regulations Handbook Volume 1) During the 33 years of the rule of first president of Yemen, Field Marshal General Ali Abdullah Saleh (who was a long-time ally of Iraq’s Saddam Hussein, supported Hussein’s invasion of Kuwait, and fled the country after revolution), and General Hadi’s rule, US had a base in Yemen from which … END_OF_DOCUMENT_TOKEN_TO_BE_REPLACED

Experts of the Washington Institute … END_OF_DOCUMENT_TOKEN_TO_BE_REPLACED

While India has been demanding a review of the food subsidy limit for several years, the developed countries have refused to play ball. In fact, in the run-up to the Bali ministerial last December, the rich countries had even refused to acknowledge the food security proposal submitted by G-33, which includes countries such as Indonesia, Brazil and China. It was only after a link with trade facilitation was established that food security even came on the agenda for the ministerial. http://timesofindia.indiatimes.com/india/India-stays-firm-on-food-subsidy-blocks-WTO-deal/articleshow/39439868.cms … END_OF_DOCUMENT_TOKEN_TO_BE_REPLACED